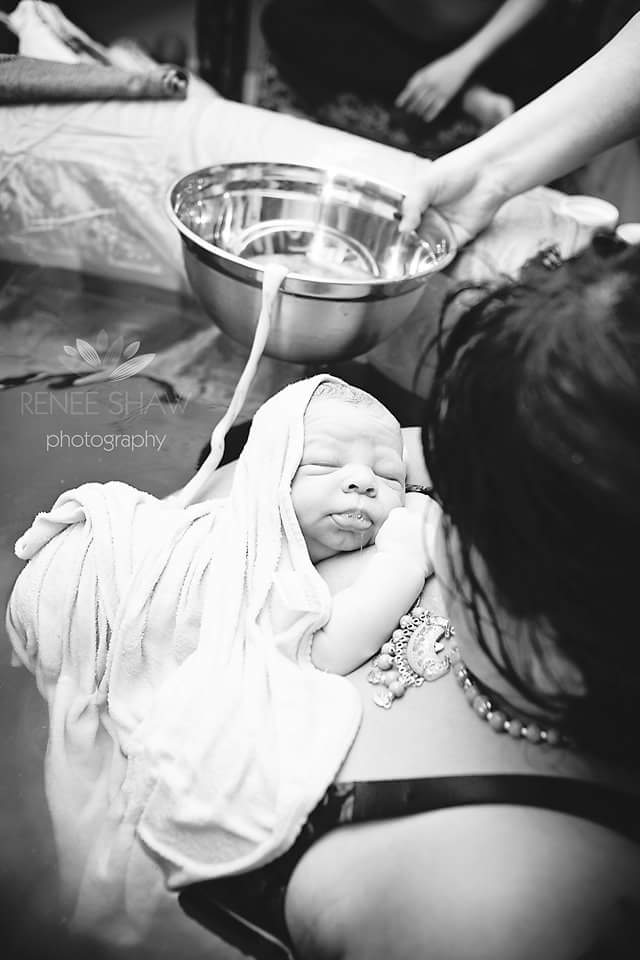 Most babies in the United States receive newborn eye drops shortly after birth. But why?

Turns out, it’s an unnecessary intervention.

If you’re anything like me, your first pregnancy was pretty typical in terms of common interventions. Ultrasounds? Of course! Doesn’t everybody get those? Antibiotics for GBS? Why not? I’d heard it was safest. Pitocin and an epidural? I wanted to avoid them, but ended up with them anyway. The newborn eye drops? Why would I question it?

By my second pregnancy, I learned to look more critically at a lot of the things I had done automatically, as advised, the first time around.

I pretty much did everything differently, and I had a healthier, easier pregnancy and birth because of it. This included unnecessary interventions like the newborn eye drops.

What is the newborn eye goop?

The eye treatment is antibiotic eye ointment meant to prevent neonatal ophthalmia, which is essentially conjunctivitis (pink eye) contracted during birth, if the mother has gonorrhea or chlamydia.

The practice of treating each and every newborn with eye ointment dates back to the late 1800s, when doctors began putting silver nitrate in babies’ eyes. At the time, about 10% of babies in Europe developed ophthalmia, with 3% experiencing blindness. Silver nitrate helped keep babies from going blind due to corneal infection from gonorrhea. It also caused chemical conjunctivitis in over half of the babies treated.

Since the advent of antibiotics, erythromycin ophthalmic ointment has been used instead of silver nitrate.

Preventing blindness in babies is good, right? So why would anyone want to avoid the newborn eye drops?

Well, I don’t have an STD. I don’t have chlamydia or gonorrhea. Because both my husband and I have been tested for STDs, and because we are monogamous, there is no chance that my babies will contract neonatal ophthalmia that might lead to blindness.

When we look at the facts, the chance of a baby contracting neonatal ophthalmia is very rare, and the chance of it leading to blindness is even more rare.

This begs the question: why are 100% of babies born in hospitals subjected to this routine treatment when the chance of blindness is so rare?

Antibiotic eye ointment is currently recommended by multiple health organizations in the United States, including the American Academy of Pediatrics and the American Association of Family Physicians.

In Canada, the eye ointment is required by law in Ontario, Quebec, British Columbia, Alberta, and Prince Edward Island.

The Canadian Pediatric Society, however, has come out recommending a repeal of this law. They state that neonatal ophthalmia is so rare that they stopped tracking incidents of it in 2000.

It is also now recognized that the treatment is “of questionable efficacy,” because around 25% of cases of neonatal ophthalmia do not respond to the antibiotic ointment.

The issue is similar to that of administering antibiotics to every mother who tests positive for Group B Strep. GBS is dangerous and can kill your child, right? So why would anyone be against routine antibiotics?

When the issue is broken down and the facts are assessed, the risk of GBS killing a baby is very small, while routine antibiotics actually pose a larger, more likely health risk to both mother and child. With both GBS and ophthalmia, baby can be monitored and treated after birth, rather than treating every mother and child regardless of their health status.

As more and more parents become fully informed about their pregnancy, birth, and child-rearing options, including various interventions that are commonly foisted upon us with little evidence-based information attached, it is clear that this practice of antibiotic eye ointment needs to end.

It is the antithesis of evidence-based care for all babies to be treated regardless of the STD status of their mother.

It is a positive step for the Canadian Pediatric Society to speak out against this routine treatment.

When will the United States catch up?