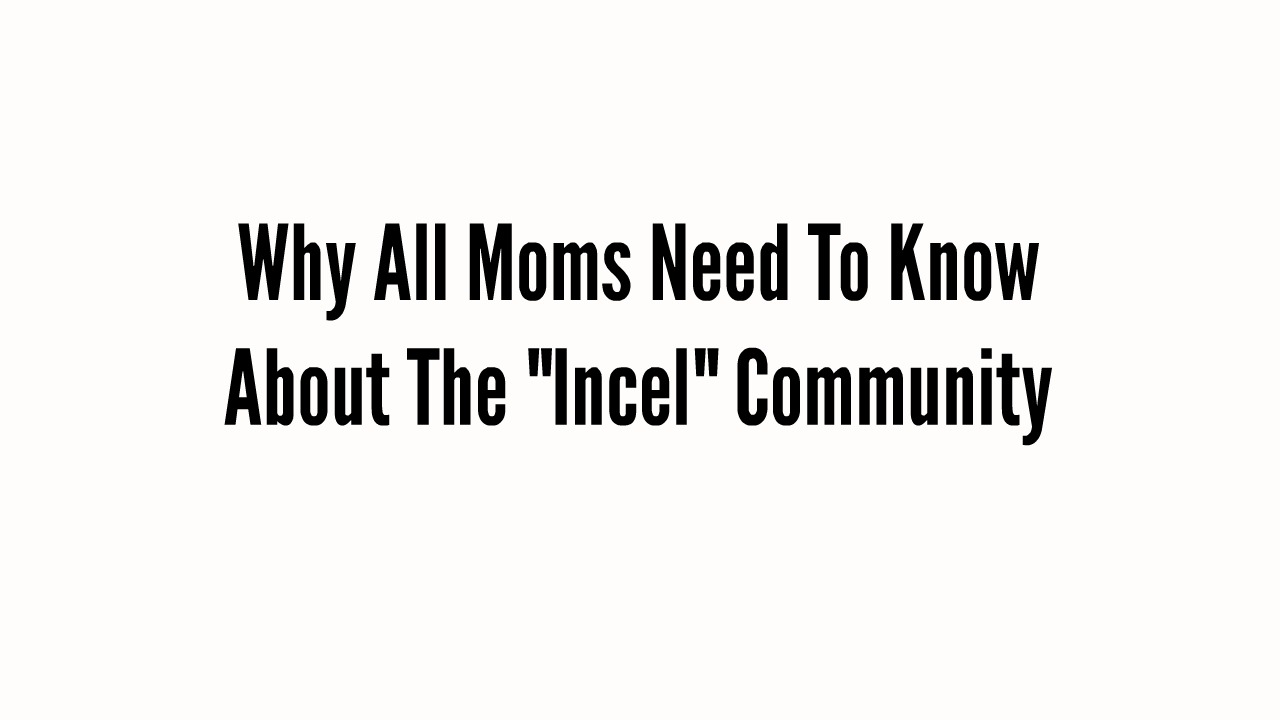 By now, you’ve probably heard the term “incel,” and you might be wondering what it means.

What is an incel? And what does it have to do with terrorism?

The truth is horrifying, and everyone — especially parents — need to know about it.

If you read the news or participate in social media, you’re likely aware of the attack in Canada, where a man drove a van through a crowd in Toronto, killing ten people. After the violent incident, there was immediate speculation that the attack was committed by a “Muslim terrorist.” These rumors were so pervasive, undoubtedly some people still believe this to be true.

But they’re wrong. This attack, like so many other domestic terrorist attacks, was committed by an angry man.

Not just any angry man. This person is a self-described “incel.” Discussing the incel movement is harrowing and disturbing; these guys love the attention. But it needs to be talked about. It’s not just a handful of extremists — it’s an entire movement, a subculture which is regularly recruiting new members.

What is an incel?

Incel means “involuntarily celibate.” There is a subculture revolving around men whose lives are stuck in perpetual victim mode because they find themselves sexually rejected. They feel that celibacy has been forced upon them, and they believe it’s an injustice. These men blame women, and conventionally attractive men, for their inability to find a sexual partner.

It couldn’t be their horrific belief system or extremely unsettling personality, no. It’s the “Chads” and “Stacys” they blame.

“Chad” and “Stacy” are names these men give to conventionally attractive, sexually active people. Normal, typical non-incel people are called “Normies.” Women are often referred to as “Femoids,” because incels do not consider women to be fully human.

These people have an entire coded language they’ve come up with. They gather on social media websites like Facebook, 4chan, and Reddit. Their communities contain thousands.

Incels have constructed an elaborate belief system in which women are painted as vicious, shallow, oversexed objects who are only attracted to hypermasculine men. They describe conventionally attractive, masculine men as “Alphas,” while they themselves are “Betas.” They encourage rage and violence towards women, and they believe this to be a rational response to their own sexual failures.

They speak often of a “Beta uprising,” or “Incel rebellion.”

This, essentially, means guys who are losers are going to kill everyone because they can’t get laid. They celebrate mass shootings. They celebrate attacks on women. At least one mass shooter described his plans on these message boards before committing the murders.

They believe women shouldn’t be able to wear makeup because it allows us to “date above our league.” They believe there should be laws forcing women to date men who are “equal” to us on the scale of attractiveness. They believe they are owed sex.

There is a lot of overlap with other men’s groups, known as the “Manosphere.” This includes the so-called Men’s Rights Activists, part of the Men’s Rights Movement. They disguise their hatred of women by twisting data to make it seem like men, not women, are oppressed. All of their claims are easily debunked, but they’re fairly convincing to a novice. Men who belong to “pick up artist” groups hold similar beliefs, but they focus on tricking women into sleeping with them.

Incels also overlap with white supremacist groups, as well as Trump supporters. They love that Trump says blatantly sexist and racist things, they love that he was elected, and they see it as a sign of their uprising. Incels feel an overwhelming sense of personal weakness, and they seek an authoritarian leader who is as crass as they are.

Do you remember Elliot Rodger, the Isla Vista shooter? He, too, was a self-describe incel. He wrote an entire manifesto about how he deserved sex but was an involuntary virgin. He targeted conventionally attractive women on his rampage. Rodger killed six and injured 14.

Since his attacks, Elliot Rodger has been upheld by the incel community as a hero. They celebrate his massacres, and they make plans for future “uprisings.”

Shortly before the Toronto van attack, the murderer made a Facebook post which said, “All hail the Supreme Gentleman Elliot Rodger!” The post went on to state that “the incel rebellion has already begun.”

In 2014, David Michael Kalac posted fantasies on 4chan about wanting to kill his girlfriend. He later posted pictures of her body after he murdered her. His act was celebrated by the community.

In 2015, Chris Harper-Mercer shot and killed 9 people at Umpqua Community College. He, too, wrote a manifesto about being lonely and not getting sex from women. He, too, posted his plan to 4chan before the shooting.

Devin Patrick Kelley, the Texas church shooter who killed 26 people, reportedly committed the murders as an act of revenge against his ex-girlfriend.

Nikolas Cruz, the Florida school shooter who shot and killed 17 students and teachers, was violent towards women and espoused white supremacist views.

George Sodini, the Pennsylvania shooter who targeted a women’s gym and killed 3 women, left behind a diary describing his rage towards women, stating that he hadn’t had sex in years.

In 1989, a man named Marc Lepine entered a university, and separated the men from the women in what would become known as the École Polytechnique massacre. He killed 14 women and left behind a suicide note describing his hatred of women and feminists.

The incel solution to this? Women must have sex with men, or they will keep killing us.

In fact, after the Toronto van massacre, popular “pick up artist” and vocal Trump support Daryush Valizadeh (Roosh V) tweeted that “sleeping with only two or three Toronto Tinder sluts would have been enough to stop [the terrorist’s] urge to kill.” This man has a huge online following and regular speaking gigs.

So what can you do?

Recognize that this is terrorism. Terrorism is defined as “the unlawful use of violence and intimidation, especially against civilians, in the pursuit of political aims.” The devaluation and destruction of women are their political aims. Exercising their perceived entitlement is their goal.

Learn the importance of teaching kids (especially boys) how to name their feelings, instead of saying “don’t cry.” Learn healthy ways to deal with your frustrations, and teach them to your kids. Learn about how our culture devalues women, and teach your kids to be aware of it. Learn about toxic masculinity, what it means, and how it harms men. Teach your kids about it.

Know that incels will be waiting for your boys the first time they ever feel unloved or rejected by a woman. Teach kids how to deal with failure and rejection in healthy ways. Raise your sons to know they are not entitled to women’s bodies, love, or affection, no matter how “nice” they are. Teach them how to live healthy lives and express emotional intelligence, so when they feel lonely, they might spend time with their friends, or volunteer with the elderly, or go for a jog, instead of hurting others.

To the good men: call out your bros. This stuff exists on a spectrum. It starts with how we raise our boys, and how we handle misogyny around us. Don’t let your friends or family get away with it. Don’t let yourself get away with it. Don’t allow for the possibility that someday your son will get sucked into the perpetual victim mentality of incels.