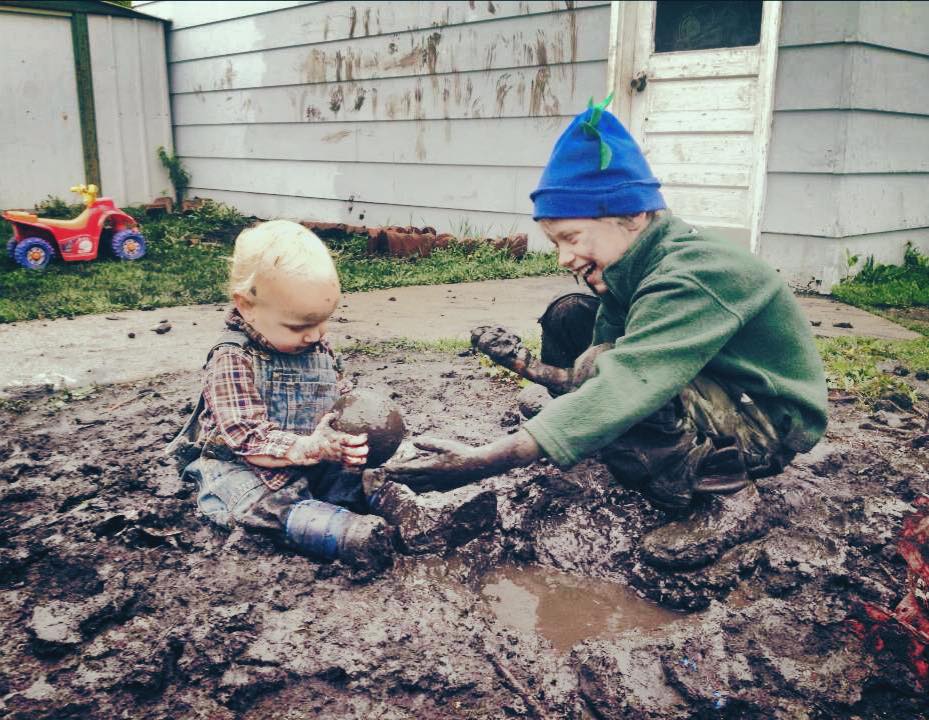 Making kids share is often considered “good parenting.” But is it really? Not necessarily.

If you’ve ever been at a play date or in a public play place, you’ve witnessed the inevitable — two kids tussling over the same toy. Parents often feel obligated to force their kid to share. After all, that’s good parenting, right?

I’m here to let you off the hook: you don’t need to force your kid to share with mine.

When my kids were toddlers, they’d occasionally approach a new friend and try to yank a toy out of their hands. It’s not a fun situation, but it is normal toddler behavior. I’d intervene and tell my child, “No thank you, it’s our friend’s turn,” and hand it back to the original kid.

Some parents feel obligated to tell their child, “You need to share!” What they’re actually saying is “Hand over the toy,” just because my kid decided it was his turn. And when a child grabs a toy from my toddler, there may be an expectation that I will make my toddler share right then and there.

But that’s not how sharing really works, is it? Realistic sharing is more like taking turns. Your baby has their turn, then when they lose interest (which generally happens fairly quickly with little ones), my baby has his turn.

Sure, there are exceptions. If one kid has been hoarding the toy for a while, it might be nice if the parent uses a distraction technique to free it up. And at a certain age (my nine-year-old comes to mind), some respectful taking of turns can be expected and encouraged. Fostering generosity and compassion in kids is important. But coercing a kid to give up a prized possession, whether new found or well-loved, is not the way to instill such values.

Forcing your child to share immediately when someone asks for their toy teaches them to hand over their belongings indiscriminately, even if they’re still using them, even if they’re engrossed in them, even if they’re busy learning. It interrupts their focus and concentration. It puts their needs second, instead of first, and everyone deserves to have their needs put first sometimes. Giving under duress isn’t the same as giving out of the desire to be generous, and it doesn’t help teach children why taking turns and being generous are virtues.

Being on the other end of it, not expecting other kids to immediately share with my kids teaches my children patience. It teaches them that taking turns is important, inspiring an atmosphere of equality, where everyone of every age will get their turn at some point. We can teach our older children further patience by encouraging them to give little kids a turn first, since their brains are less developed and younger children have a harder time waiting.

We can help our children understand the importance of giving, generosity, and compassion as their brains continue to develop along with their ability to empathize. The reason a toddler might have a distress tantrum at the thought of sharing isn’t because they’re spoiled or possessive or materialistic; it’s because they’re children with limited impulse control and emotional regulation. As they get older, we can help them develop empathy by explaining how their actions affect others, by relating their own experiences to those of others, and by modeling generosity in our own behavior.

We can also teach our older kids that sharing isn’t mandatory; for instance, my seven-year-old has a couple of toys he has deemed “too special” to share. This is an approach respectful of personal autonomy, and the truth is, I don’t automatically share either. I do share a lot, but I certainly have possessions that I consider too valuable (monetarily or sentimentally) to hand over to the kiddos. And that’s okay too.

Instead of enforcing a compulsory sharing tactic, know that not all of us parents out there are expecting automatic sharing, and we respect your child’s right to have some quality time with their toy of choice. There are a lot of ways to teach a child empathy— forced sharing does not have to be one of them.