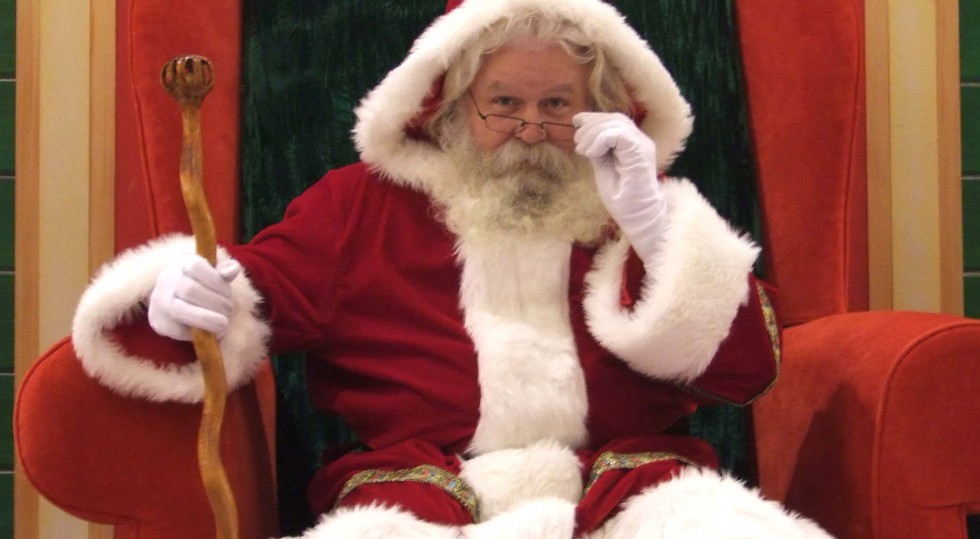 Controversial parenting topics are endless, but none gets people quite so upset as the choice to not make kids believe in Santa.

Why would we want to ruin their childhood like that? Why must we squash all magic and imagination? Why can’t we just let kids be kids and convince them that Santa is real?

Why would we be uncomfortable going out of our way to convince our trusting children that Santa is a real human being who actually flies around the world in one night delivering toys to children, but only if they’ve been “good”?

The truth is that there are many reasons why a family might not try to convince their kids that Santa is real.

For some people, it’s a religious issue: Their belief is that the reason for Christmas is solely Christ, and Santa isn’t needed.

I have two kids. My eldest has never believed Santa is real. He used to pretend dragons were real and fairies were all around us. His life plan was to someday bring dinosaurs back to life by extracting their DNA. He doesn’t need me to create any kind of reality in which these things exist. They exist real enough in his mind.

My youngest was once certain Santa is real. He also believed Power Rangers are real, as was Bob the Builder.

Related: From Chaos To Calm: Four Tips for Decluttering Before Christmas

Their childhood is plenty magical. It’s magic and fun all year round. When winter hits, we do the typical holiday family things, as well as the entertainment our community offers. We take Christmas craft classes, go to Santa’s Village, do sleigh rides, hot chocolate, tour of the lights, snowmen, winter walks, snowshoeing and cross country skiing. We bake and decorate; we read books and sing songs about Christmas and Santa and elves. All sorts of magical stuff.

Our Christmas spirit has never needed to revolve around convincing our kids that Santa is a real person who really watches us and judges if we are good or bad. Our kids are free to write letters to Santa if they want to, sit on Santa’s lap and make requests, bake cookies for Santa to eat, and more. We go along with their imaginative play, we experience magic, we witness the twinkle in their eyes, but we never pretend Santa is real.

Why would I make this choice? Why not just do what so many other parents do, and do the work every December to convince my kids that Santa is indeed a real human being who sneaks into our house at night on Christmas Eve?

I’ve made a commitment to myself as a parent to be honest with my kids if I expect age-appropriate honesty in return. That means instead of lying and saying the TV is broken, I have to take the time to explain why we can’t watch Dino Trucks for the fifth time today. That means instead of concocting a story that might make my life easier, I figure out a way to tell the truth. That means when my child asks if reindeer really fly, I have to say no, because that is the truth.

Reindeer can, however, run very long distances quickly, and their eyes change color depending on where they’re at in their migration. So that’s cool.

In short, I try to practice radical honesty, and that stops me from going out of my way to convince my kids that Santa is real. We play, we pretend, but we don’t lie.

2. Kids are good. Kids deserve holidays and gifts even if their behavior is “bad.”

It has never felt right to me to pretend that the presents my kids get are somehow dependent upon their behavior. Along with the Santa story comes the notion that “good kids” get presents while “bad kids” might get a lump of coal, or nothing at all. But in reality, kids are good. They are inherently good, even when their behavior is challenging or disappointing.

Kids are working hard to learn our particular social customs while simultaneously dealing with a brain that is constantly changing and growing. They lack impulse control because of the development of their brain, and there’s nothing we can do to punish or threaten it out of them.

When our children are learning, making mistakes and being “bad,” it is our job to patiently help them through it and model what we’d like to see from them.

Telling them that Santa is watching and he knows who’s being naughty and nice just doesn’t feel right. My kids will get gifts from myself and others regardless of what phase of learning they’re in, or what mistakes they’ve made the past year. We all deserve such grace.

Another aspect is the classism implied in this part of the Santa myth. It’s inherent and destructive. Plenty of parents can’t afford to get their kids much of anything for Christmas. If the story goes that only bad kids get nothing for Christmas, what are we inherently teaching our kids about people who have less than us?

Some parents insist that it’s okay to make my kids think that Santa is real, because Santa is real — he’s an abstract spirit of giving, and he’s alive in all of us. I usually just call that “generosity,” and we try to talk about it and live it all year round. But Santa, the man who watches us and sneaks into our house to drop off presents if we’ve been deemed good enough, is not real.

Then there are the parents who want to be sure our kids don’t “spoil” it for their kids who believe. Ok, cool, we’ll do our best. But the best way to avoid having your kids crushed by the truth is by telling them the truth from the beginning. Many non-Santa customs, holidays, and religions exist all over the world. It can’t be expected that everyone will play along with your specific myth until you’re ready to break the news. Know that creating this myth comes with risks, one of which is your kid finding out sooner than later that it’s not true.

Thus far there is no compelling reason to treat Santa unlike any other fictional character in our lives. We can talk about him, read books about him, celebrate him, and get excited about him, but just like Bob the Builder or Lightening McQueen, the kiddos will know he’s not a real guy. We’ve had a very merry Christmas every year without convincing our children that Santa is real. I think they’ll be just fine.