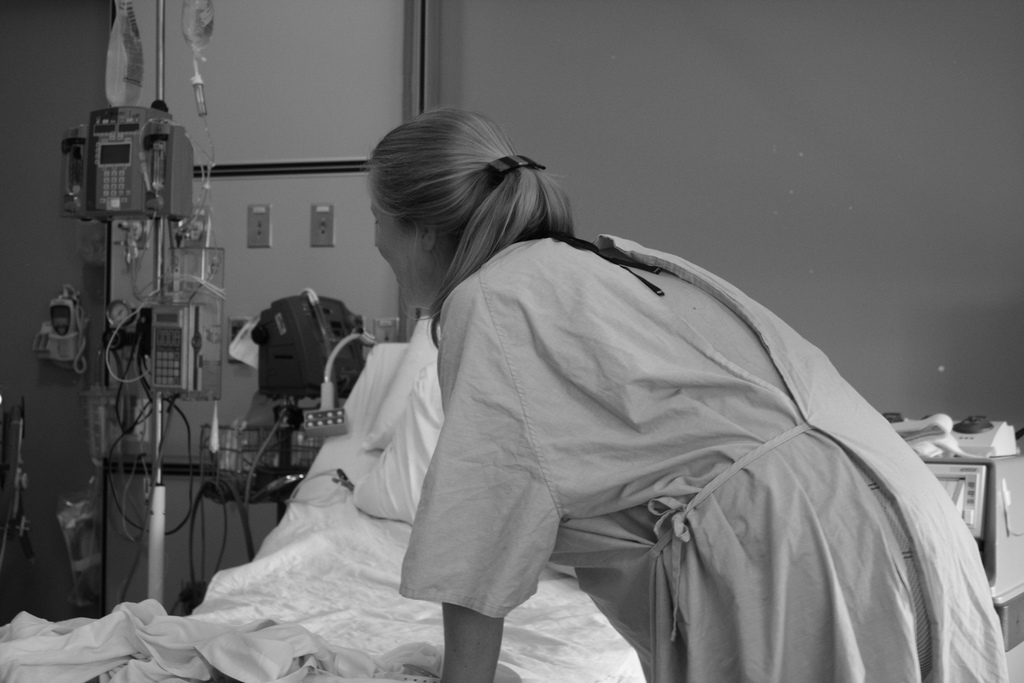 For years, women have fought for their right to eat during labor. The research is finally catching up.

I wasn’t allowed to eat during labor. Like most mothers in the U.S., my first birth took place in a hospital. The majority of my 40-hour experience had me pacing the halls of my local labor ward. I was painfully aware of the presence of others. I was hooked up to an IV of antibiotics, and eventually I succumbed to the suggestion of Pitocin, which I had desperately wanted to avoid, which was recommended by hospital staff because I was in labor for “too long.”

During my 40-hour birthing process, I was not allowed to eat.

40 hours. Almost two entire days. I spent the earlier part of my labor at home, but I didn’t eat while I was there either. Because the doctors had told me not to.

I wasn’t sure why, at the time. After my first birth experience, I went on to do more research – as so many mothers do, when the lightbulb flicks on inside of us and we wonder: “What else don’t I know?”

I learned that this rule was in place because I might have needed anesthesia at some point during labor, and there was a statistically small chance that I may have aspirated on any food I had recently eaten.

I, an individual birthing woman, was forbidden from eating food for the length of my labor, because of a tiny chance that I might inhale food into my lungs and end up with pneumonia. Birthing women in hospitals across the United States are subjected to the same arbitrary rule.

But then I learned that this issue was rare. And I learned that the need for anesthesia during labor could be lowered by supporting birthing women and respecting physiological birth. I realized that the risk of disaster due to eating a snack during labor was minimal, and the benefits of nourishment for the marathon of birth outweighed any such risk.

During my subsequent homebirth, I consumed eggs, spinach, tomatoes, bone broth, and a smoothie, among other nutrient-dense options. I ate early in my 24-hour labor, feasting on plates of snacks that my husband prepared for me while I breathed through my experience. The last 5-or-so hours of my homebirth were so intense that I couldn’t remember what food was, never mind eat it. But the calories I’d consumed earlier worked to fuel my strength throughout those last few hours, during which I om’d and gyrated my baby into this world, sitting on my toilet in my bathroom at home.

“New research” presented at an annual anesthesiology meeting has finally caught up with what evidence-based birthers have known for years.

In a statement released on October 24th, 2015 by the American Society of Anesthesiologists, they addressed the choice to eat during labor, saying, “Most healthy women can skip the fasting and, in fact, would benefit from eating a light meal during labor… When researchers reviewed the literature of hundreds of studies on the topic, they determined that withholding food and liquids may be unnecessary for many women in labor.”

A co-author of the research that inspired this change also stated that “Physician anesthesiologists and obstetricians should work together to assess each patient individually.”

Assess each patient individually, rather than creating a potentially risky, one-size-fits-all rule for all birthing women? Who would’ve thought?