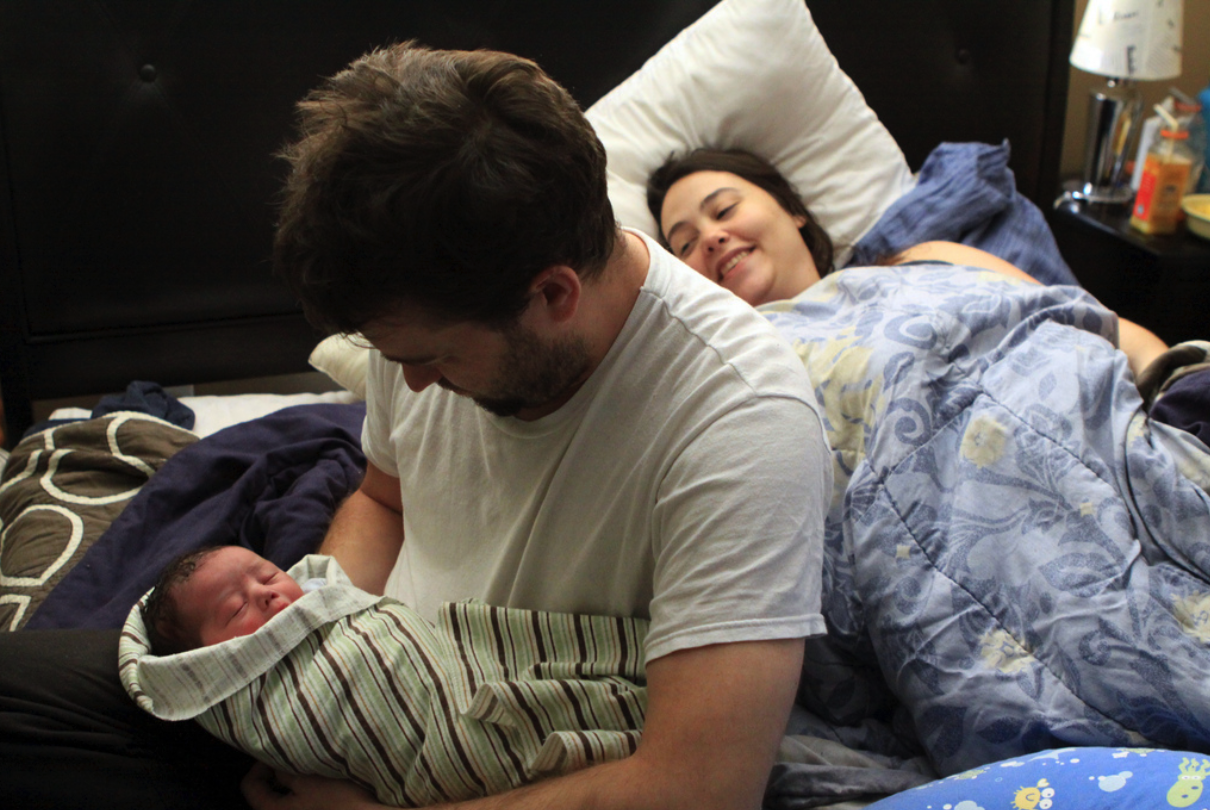 Two recent studies found that mothers with low-risk pregnancies should be considered safe candidates for giving birth at home. Not only that, but homebirths save “an average $2,338” compared to hospital births.

I had my second baby — my first homebirth — three years ago. The experience was profound and empowering, while simultaneously feeling so simple and safe.

It was simple because of the support and information from my midwife. My midwife had discussed at length everything I would need to know about her evidence-based practices during birth, as well as any emergency procedures which might come up.

This was a starkly different experience from my hospital birth. I received almost no information about what to expect, or what nurses and doctors would do in any sort of emergency situation. My midwife prepared me well and it eased my mind.

And it was safe because I had an easy, low-risk pregnancy. I was in good physical and mental health; I felt strong and healthy. I did exercises to support my pelvic floor throughout pregnancy and birth. I was adjusted regularly by my chiropractor, which helped align my pelvis and keep my body ready for birthing. I took my health and my experience into my own hands, and made choices that helped me feel confident and comfortable in my birth plan.

It was safe because my midwife is a phenomenally wise, well-trained, experienced practitioner. Her explanation of potential emergency situations put my mind at ease. She informed me of what would happen in specific scenarios, and I felt far safer in her care than at the hospital, where I didn’t know who would be attending my birth, never mind what techniques and procedures they would use.

In fact, one study from the British Medical Journal showed that severe adverse events were more common with hospital births than homebirths.

The study measured outcomes including admission to the NICU, postpartum hemorrhage, placenta problems, eclampsia, blood transfusions, and more. The research concluded: “Low risk women in primary care at the onset of labour with planned home birth had lower rates of severe acute maternal morbidity, postpartum haemorrhage, and manual removal of placenta than those with planned hospital birth.”

It also stated that “there was no evidence that planned home birth among low risk women leads to an increased risk of severe adverse maternal outcomes in a maternity care system with well trained midwives and a good referral and transportation system.”

Similarly, a 5-year study from the Journal of Midwifery & Women’s Health found that 89% of women who planned to birth at home were able to do so, and that the majority of transfers were due to failure to progress — not traumatic emergency situations. Postpartum transfers were 1.5% for mothers, and 0.9% for babies. This study concluded that homebirthing women “experienced high rates of physiologic birth and low rates of intervention without an increase in adverse outcomes.”

In contrast to these outcomes, 33% of women who birth in U.S. hospitals will receive a cesarean section, which is much higher than the “ideal” c-section rate of 10%, as estimated by the World Health Organization.  C-sections, while sometimes necessary and lifesaving, are also major abdominal surgery that come with significant risks. 42% of women will experience artificial induction of labor, which can lead to a cascade of other interventions, including unnecessary c-section. 65% of women will undergo artificial rupture of waters, which, again, can lead to further unnecessary interventions.

Meanwhile, the American College of Obstetricians and Gynecologists is pleading for healthcare providers to lower interventions and c-section rates for birthing women.

While some people may think that having a hospital full of doctors and surgeons makes a mother and her baby safer, the irony is that those skills are often overused, putting moms and babies at risk. These issues are important for every mother to consider, but no matter where a mother decides to or ends up giving birth — empowered, informed birth is most important.

View the 2015 study on homebirth cost led by Patricia A. Janssen, PhD here.

This article was originally published at Mothering.com

282 thoughts on “Research Confirms That Homebirth is Safe, Costs Less”