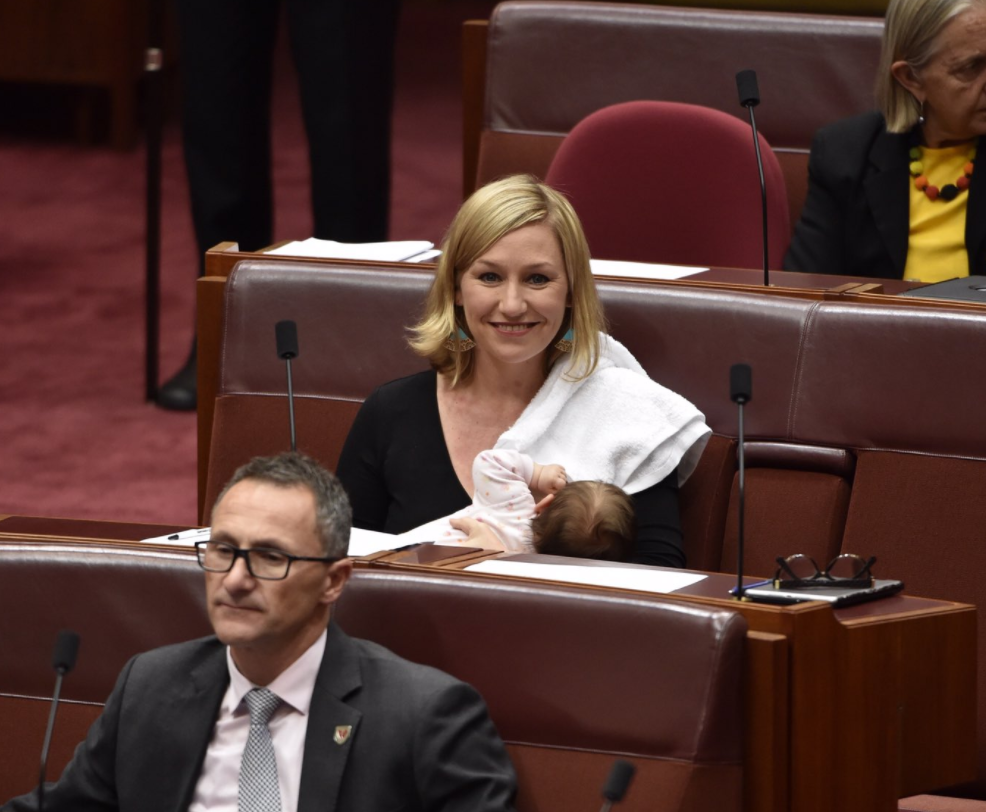 In what should be a normal, everyday event, an Australian Senator has made history by being the first woman to (successfully and legally) breastfeed her baby in Parliament.

The Senator, Larissa Waters, had recently returned from maternity leave and — like many American mothers long to do — was able to take her baby to work with her.

Baby Alia Joy Waters, only weeks old, joined her mother on the floor of Parliament where voting was taking place.

So proud that my daughter Alia is the first baby to be breastfed in the federal Parliament! We need more #women & parents in Parli #auspol pic.twitter.com/w34nxWxG0y

“So proud that my daughter Alia is the first baby to be breastfed in the federal Parliament! We need more #women & parents in Parli.”

Waters later pointed out “how far we’ve come,” noting that another politician, Kirstie Marshall, had attempted to breastfeed her baby in Parliament in 2003, but was ejected.

Here is Kirstie Marshall before she was ejected from the Vic Parliament for breastfeeding her 11-day old bub. Look how far we have come! pic.twitter.com/LrzZcIFBXq

In 2016, Parliamentary laws were overhauled, and breastfeeding mothers have since been allowed to bring their babies with them and feed them as needed.

As any breastfeeding mother knows, babies need to nurse when and where they are hungry or in need of comfort. Baby-friendly laws and family-friendly jobs help create a healthier society. Breastfeeding can save approximately 820,000 lives and $320 billion globally every year. Many mothers are forced to quit breastfeeding before the recommended duration, which puts both babies and mothers at risk. Congratulations to Larissa Waters and baby Alia, and may many more families follow in their footsteps!