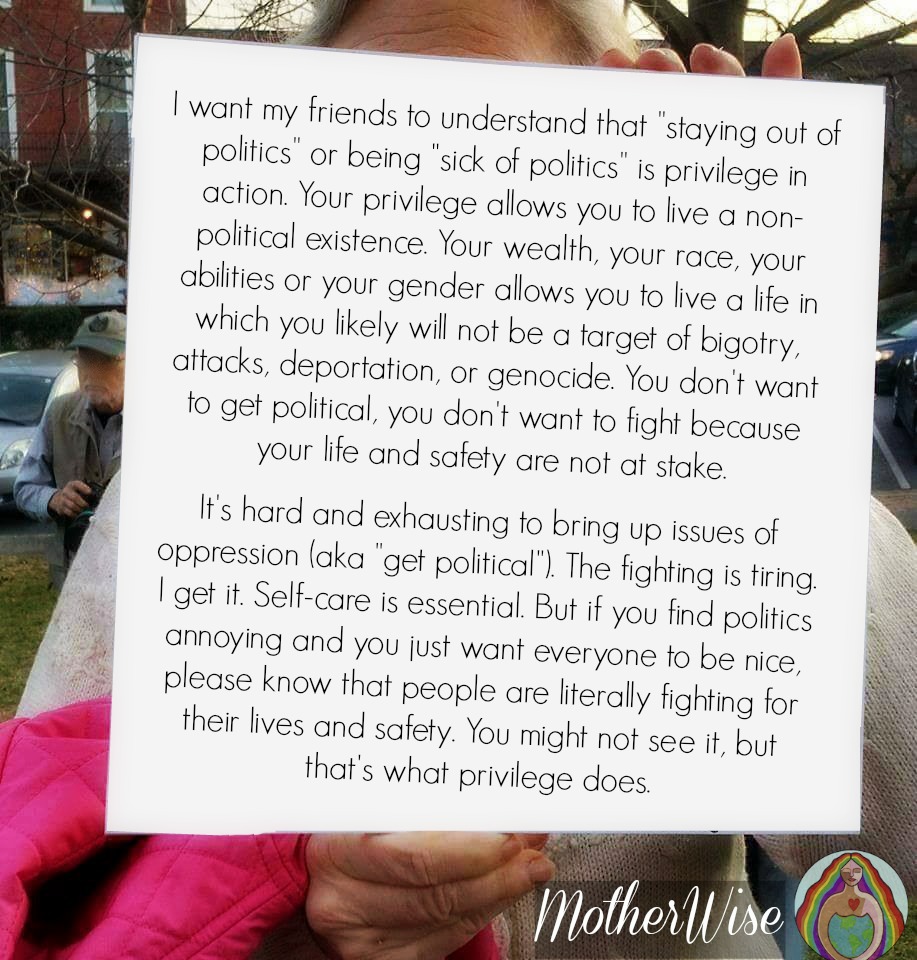 I want my friends to understand that “staying out of politics” or being “sick of politics” is privilege in action. Your privilege allows you to live a non-political existence.

Your wealth, your race, your abilities or your gender allows you to live a life in which you likely will not be a target of bigotry, attacks, deportation, or genocide. You don’t want to get political, you don’t want to fight because your life and safety are not at stake.

It is hard and exhausting to bring up issues of oppression (aka “get political”). The fighting is tiring. I get it. Self-care is essential. But if you find politics annoying and you just want everyone to be nice, please know that people are literally fighting for their lives and safety. You might not see it, but that’s what privilege does.

I also want to say to those of my friends who are new to this, those who have recently become more vocal, those who’ve seen the damage Trump and his clan have done so far, those who went to the women’s march — I am proud of you for getting involved. Don’t stop there. Keep having these discussions, keep talking about politics, stay active.

And when you read the critiques of the march from other progressive women who didn’t feel represented, don’t get defensive or discouraged. Activism needs critique. We need to ask ourselves where we were as Flint’s water has been poisoned, or where we were when Philando Castile was killed, or John Crawford or Eric Garner or Charleena Lyles.

If the women who showed up at the march would show up when people of color are murdered, it would stop.

Intersectionality means showing up even when the issues don’t affect us directly. Stay awake and stay active. We need you so much right now.

42 thoughts on “To My Friends Who Are Sick Of Politics”