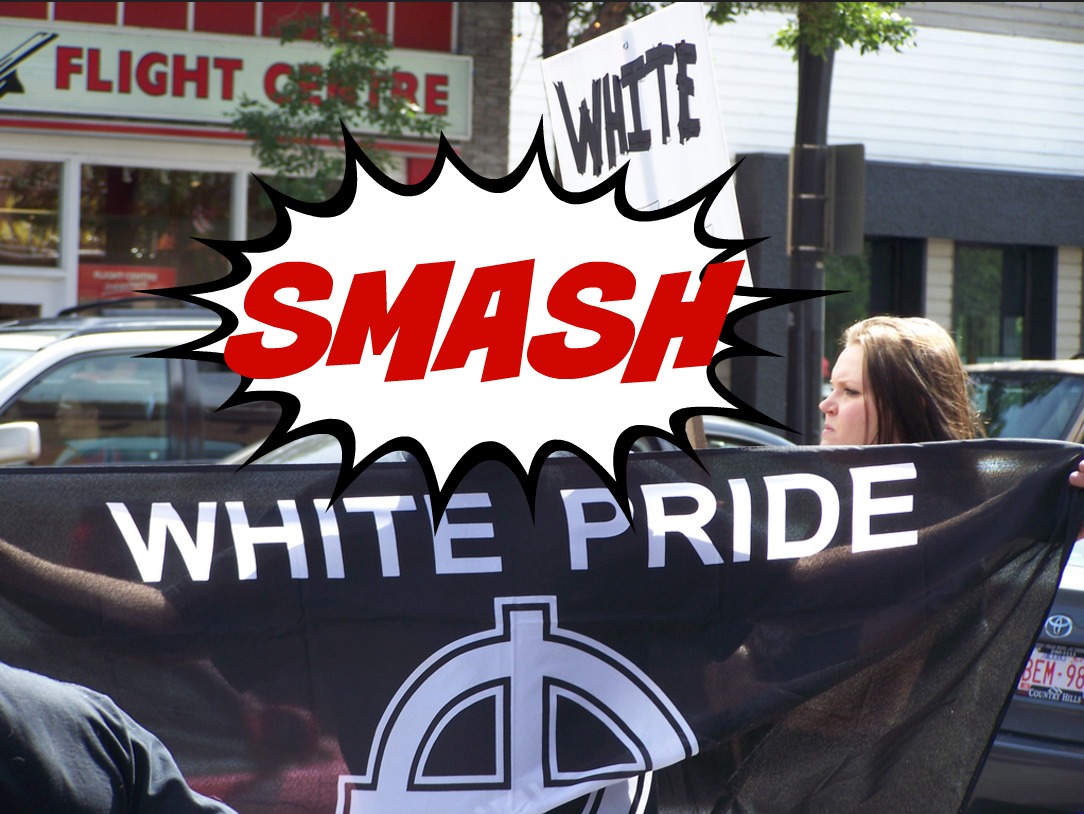 In the aftermath of the white supremacist terrorist attack in Virginia yesterday, I’m urging my white friends to resist saying things like:

“Hate has no place in America!”

Or “This is not the America we know!”

We watched as an alt-right neo-Nazi pride parade turned violent when a man who marched with the white supremacists plowed his car into a crowd of counter-protesters, killing one woman and injured many more.

We acted surprised when people who “simply wanted to exercise their free speech” promoting literal genocide ended up killing someone.

We may want to pretend that in some ideal America there would be no room for hate, but the United States has never existed for one single day without oppression. This country was stolen from and built on the backs of people of color. There are many systems in place today which perpetuate such oppression.

Hate has always been present in the United States. We have not progressed so far that there is no room for hate. In fact, hate is in the White House, and the White House has thus far refused to condemn this hate for what it is: blatant white supremacy.

In case you’re not aware, neo-Nazi alt-right white supremacists have an active online presence where they recruit frustrated young white men. They are furious because their feelings and experiences as white men are not being centered for the first time ever.

Dylann Roof, the young man who attacked a black church in 2015 and shot 9 people to death, was radicalized online thanks to white supremacist groups. After committing the domestic terrorist attack, Roof stated that he almost didn’t go through with it, because the people were so nice to him. But, he wanted to be a hero for his movement.

A mosque in Minnesota was recently attacked, and instead of condemning the xenophobia, a Trump spokesperson claimed they won’t be making a statement because the attack could have been faked by the left.

The website Breitbart is a “news” organization beloved by white nationalists. Breitbart’s rhetoric is incredibly inflammatory, racist, and hateful.

Some of Breitbart’s most extreme headlines include, There’s No Hiring Bias Against Women in Tech; They Just Suck At Interviews, Birth Control Makes Women Unattractive And Crazy, and The Solution To Online ‘Harassment’ Is Simple: Women Should Log Off.

Breitbart was given press credentials by the White House, and Trump hired Breitbart’s executive chair, Steve Bannon, as his White House Chief Strategist.

The Anne Frank Center, a human rights organization which “calls out prejudice, counters discrimination and advocates for a kinder and fairer world” has created a list showing the “alarming parallels” between Trump’s reign and Nazi Germany, including that Trump “creates his own media; exploits youth at a rally; endorses police brutality; demonizes people who believe, look or love differently; strips vulnerable people of their families, jobs and ability to live; and believes Congress should change its rules to give him more power.”

It should also convince you that these are not merely “fringe” people. These are not isolated incidences which can easily be shrugged off by claiming “This is not us.”

This is us. Instead of pretending there is no room in the U.S. for such hatred, let’s recognize that this movement has always been present, and it is growing.

What can you do to help?

Call out racism when you see it. Call out racist “jokes” and comments, even if it’s uncomfortable. Don’t let these comments slide. Make racists afraid again.

Talk to your kids about these issues. And not in a way which frames racism and Nazis as a problem of the past. We need to teach our kids that these are present problems, and we will need their help in calling it out.

Center the voices and feelings of marginalized people. Read the writings of people of color. Do not take it personally if someone calls you out. Listen and strategize for change.

Give freely of your time and money. Show up at rallies. Donate to:

Call your representatives. Get involved with local politics. Show up. Vote, not just in the presidential elections, but in smaller local elections as well. Learn your options if you’re unsure what to say.

It’s not enough to tweet condolences or show up once for a women’s march. Things are going to get much, much worse unless we all get involved and fight back. This IS us, and we need to do better.

5 thoughts on “White People: Here’s How You Can Help After The Racist Attack In Virginia”