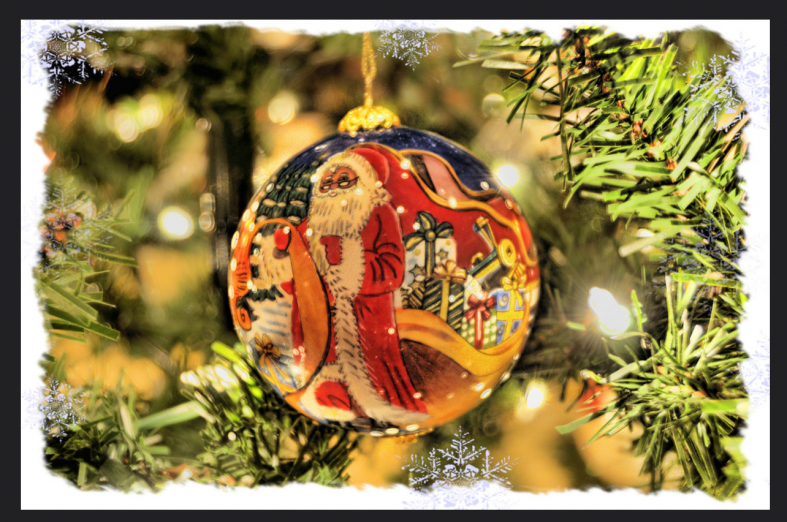 Not everyone keeps a naughty or nice list. And not everyone chooses to tell their kids Santa is real. One mom tells us why she doesn’t do Santa Claus.

‘Tis the season! The season to destroy the holiday spirit by debating about whether or not to do Santa Claus.

I’ve written about this issue almost every year, not in the interest of convincing anyone that my way is the right way, but simply to explain why a mother might choose not to do Santa.

It seems to need a thorough explanation, according to the response this decision garners.

And the responses are intense. Out of all of the controversial parenting topics discussed, the choice not to do Santa is often the most brutally criticized.

I’ve been told that I am destroying my children’s imaginations.

I’m told that I’ve ruined Christmas, that I have ruined my kids’ childhoods, and our lives must be so boring.

This is not an exaggeration. When people learn that I don’t tell my children Santa is a real human who watches us and sneaks into our house to leave us presents, the accusations start flying wildly.

All of the accusations are untrue, of course. But the part about stifling imagination is always extra perplexing.

Related: 3 Reasons I Don’t Make My Kids Believe In Santa

In order to have great imaginations, children don’t need us to tell them, “Bob the Builder is a real man who really builds real houses — in fact, he sneaks into our house at night! Curious George is a real live monkey who is real and really lives with a man in a yellow hat!”

Children have amazing imaginations because they create fictional stories in their own minds. They can stack blocks into cities for hours, and they can love fairies, dragons, and elves without ever being told they are real.

However, imagination play does not take place when a parent watches over the kiddos, telling them that everything they’re playing with is really real in real life. Imagination play comes naturally to children, from absorbing the world around them. A parent does not need to convince the child that every aspect of their imagination is literally true in order for successful imagination play to happen.

My boys, a three-year-old and a nine-year-old, are both unschooled. Much of their day is spent immersed in imagination play. In order to facilitate such play, I don’t watch over their playroom, insisting that their Lego creations are living beings. In fact, I usually don’t say anything at all unless asked. I watch, and I admire their brilliant imaginations running wild.

Telling kids that fake things are real is not necessary for inspiring imagination. Separating fact from fiction does not hinder it.

Some would argue that the spirit of St. Nick is real. Indeed, it is. I am a sentimental fool and I love the holiday season. I am merry and bright. I teach my kids about the history of the holiday, the religious meaning, and the stories of Father Christmas. Drawing from the St. Nicholas tradition of gift-giving, we embody the spirit of Santa and it adds an extra twinkle to the eye.

St. Nicholas was a real person. But Santa, as he is known today, is not a real person. We know that Santa does not, in reality, come into our houses and leave presents for our kids. It is a story told to children, but it is not a true story. It is false.

And that’s where things get complicated for me, and for many others who choose not to do Santa. I want my kids to tell me the truth, and I want to tell my kids the truth. I want to promote honesty in all ways. It may sound extreme to some, but this includes not convincing them that Santa Claus is a real human being.

I will tell the Santa story the same way I tell other fairytales, but I won’t tell my kids that Santa or his elves are watching them.

I will tell my kids not to spill the beans, because some children believe Santa is real, and it’s up to their parents to tell the truth someday. However, implicating someone else’s children in your family’s ruse is a tall order that some will understandably be uncomfortable with. There are many people, religions, and traditions in our communities and around the world that do not celebrate Santa, so they might find out some other way. It comes with the territory.

If you don’t want your kid crushed by the truth, telling them the truth from the beginning is a solid option.

There is some debate over whether or not the Santa story is a lie. To me, it is. To me, it feels like a lie. It feels dishonest. There are plenty of fantastic parents who choose to do Santa, and they do not feel like they are lying. That is a good choice for their family.

My choice for my family is not inherently judgmental of your choice. I can feel that something is wrong for my family, without also feeling that it is wrong for your family. You know yourself and your children. The issue is worth exploring, though. If we tell our children not to lie to us, if we expect and desire honesty from everyone in our lives, why is it acceptable for us to lie to our children?

A recent study published in the Lancet examined the morality and effects of lying to children about Santa.

The study found that if the parent-child relationship is already vulnerable, the child’s discovery that they have been lied to about Santa can be damaging. Relationships are built on trust, and most of us would lose that trust if we found out that someone we love has fabricated a long-term story that isn’t true.

On a larger scale, telling children that Santa only brings toys to “good” kids has negative implications. Children will probably get their presents in the end, even if they misbehave, so it’s generally an empty threat and a poor behavior modification tool.

And, most importantly, if children grow up believing that Santa doesn’t bring toys to “bad” kids, what does that say about low-income families? When children show up at school after winter break with their new shoes and clothes, toys and gadgets, but low-income students have little or nothing, isn’t it implied that they are bad? They must have been bad, otherwise Santa would have brought them more stuff, right?

So, what will my family do to celebrate the holidays instead of telling our kids that Santa is real?

We will bake cookies and give them away to people we love. We will buy extra bread and peanut butter to give to hungry people out in the cold, and we’ll make extra donations to our local food bank. We’ll choose and wrap gifts with love and care. We’ll listen to Christmas music (which has been playing in our house since Halloween). We’ll go sledding and drink hot chocolate. We’ll craft homemade ornaments. We’ll spend time with family and friends.

We will visit our local Santa’s village, where they have reindeer and crafts and sleigh rides, and even a man in a Santa costume. My kids know he’s not real, but they sit on his lap — or stand next to him if they so choose — and tell him what they want for Christmas. Not because he’s real, but because it’s fun, and telling the truth about Santa doesn’t ruin the holiday spirit.

107 thoughts on “Why I’m Still Not Doing Santa, and I Haven’t Ruined Christmas Yet!”